Conveniently tucked at the east coast of Phu Quoc, less than 20km from the centre of Duong Dong Town, Ham Ninh Commune is home to peaceful beaches, the beautiful Bai Vong Port, and the charming village with untouched splendour of Ham Ninh, particularly famous for its nightly fishing tours in pursuit of squid. 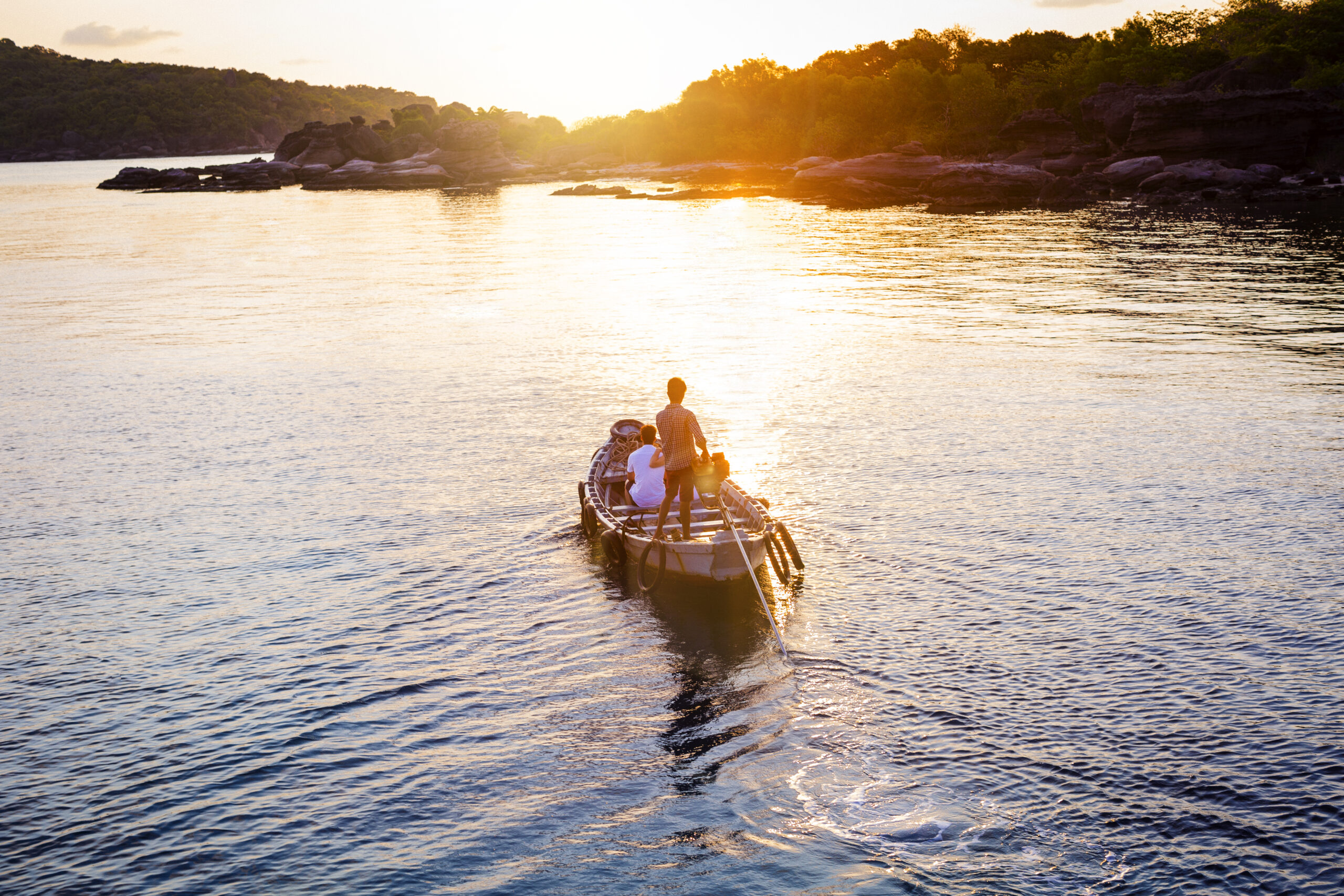 Ham Ninh is believed to have been founded by fishermen and people from other places that came to the then deserted island to exploit seafood before nobody-knows-how-many-years-exactly. Some references place Ham Ninh as a hamlet of Phu Quoc under Ming Dynasty in the Ham Chau District, and changed hands several times at the beginning of the French colonial period, as it was mastered by Kien Gian, then Rach Gia, and finally Ha Tien. It was not until 1874 that the village eventually became part of the Phu Quoc District. However, its “masters” succeeded one another even still, and moved around a lot, from a community belonging in the Pha Quoc District to Ha Tien District to Chau Doc and then back to Ha Tien District; and, all that within a decade until 1888. 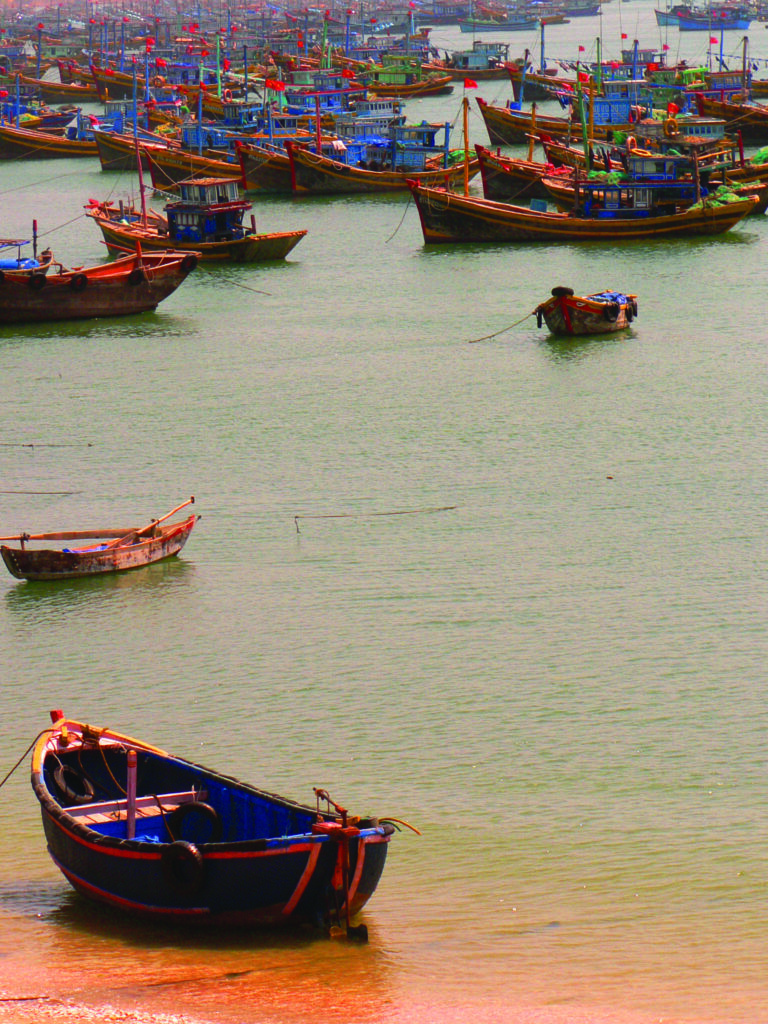 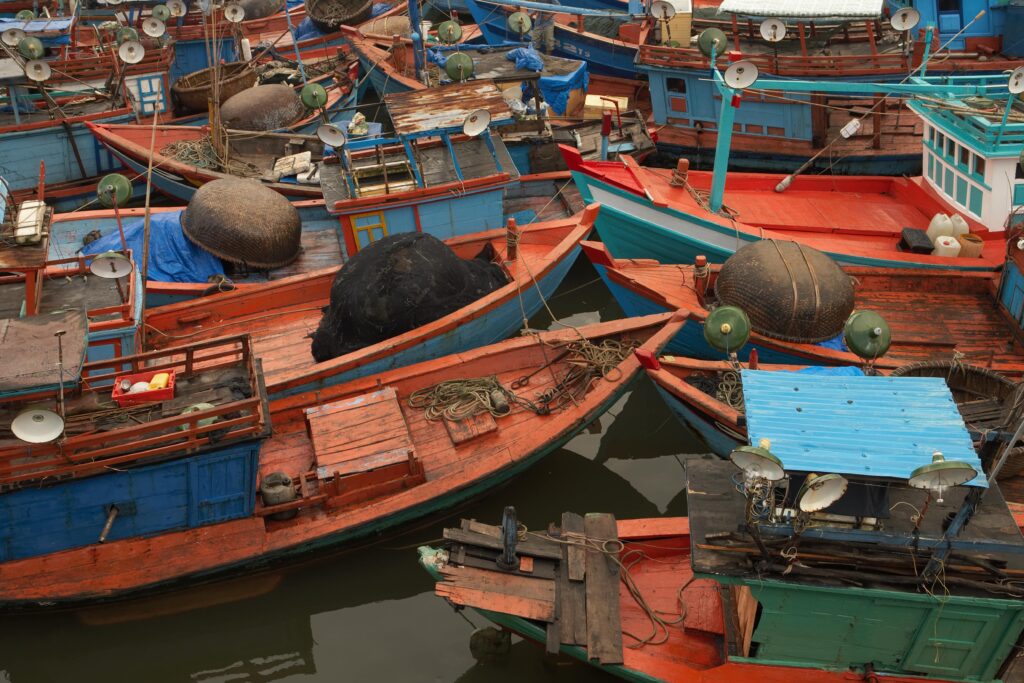 Over the years, Ham Ninh became a thriving fishing village and a safe and quiet mooring spot for both boats of people fishing in the wider Duong Dong sea region and ships from the mainland that often drop anchor here and deliver seafood and transport goods. Even when surrounding areas become crammed with people and the influences of modern life, Ham Ninh maintains its rustic appeal and lives in perfect harmony with nature. All that aside, it is now also one of the most abundant sources providing Phu Quoc with fresh crab and cheap seafood year round. In fact, the fish is so plentiful here that you can even see the pier swarmed by little children selling starfish that they caught in the shallow waters surrounding the village! 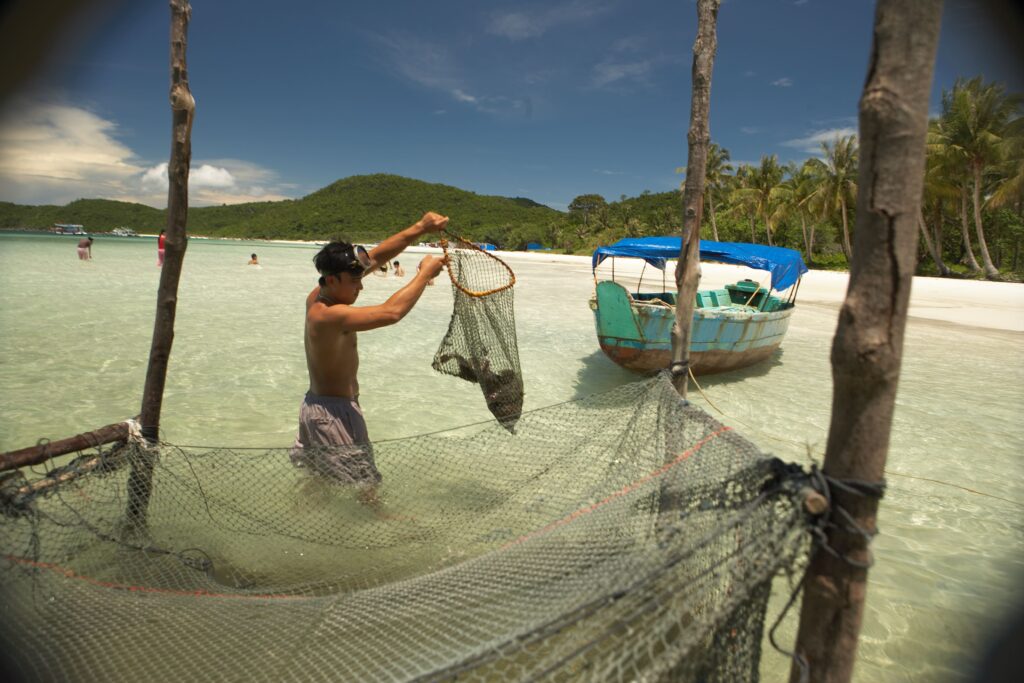 There is much to fall in love with this charming place. With majestic Ham Ninh Mountain and lush green jungles as the backdrop and an idyllic setting during low tide, when the shores turn into vast stretches of sand, or at high tide, when the floods nurture the land and lick the edge of the forest, Ham Ninh can literally steal your heart stone after stone. Distinguished by thatched bamboo leaves houses and facing the immense shimmering sea, it offers sweeping views up to the Nghe Islet and Pirate Island in the south and Ong Doi Headland (the last headland of Phu Quoc) in the south, alongside some of the most romantic sunsets. 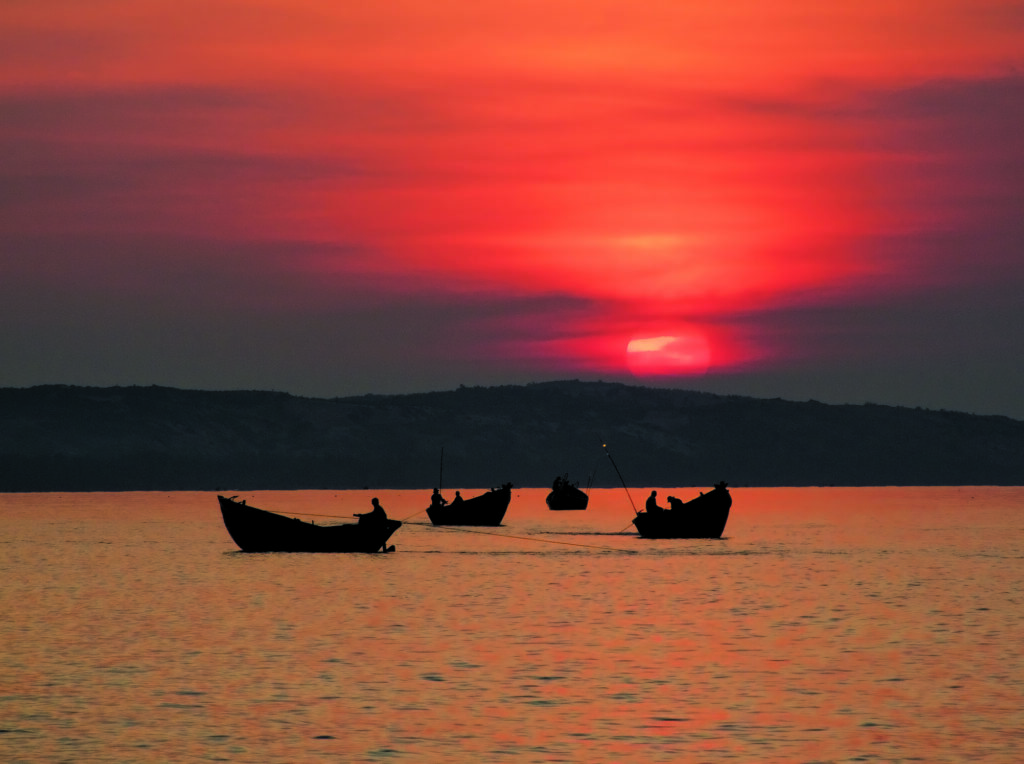 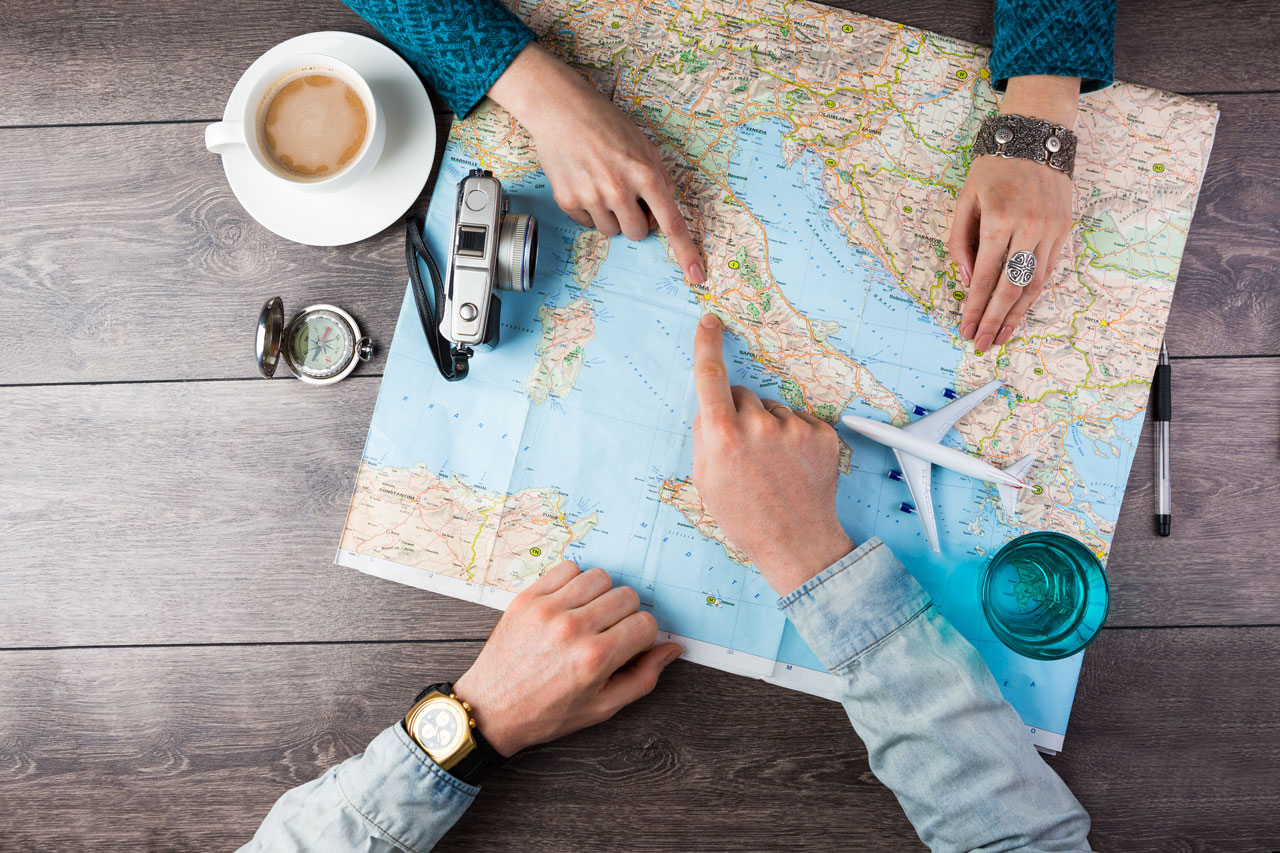 How to get to Phu Quoc from Multiple Locations

Phu Quoc International Airport is the hub connecting the island with Vietnamese mainland and several international destinations such as Guangzhou, Chengdu, Kunming, Hangzhou, Wuxi, Shanghai (China), Seoul, Siem Reap, Bangkok, and Singapore. Best of all, because Phu Quoc is classified as a Special Economic Zone, visitors of all nationalities flying in/ out of Phu Quoc only (and not visiting the Vietnamese mainland) are granted a visa exemption to stay up to 30 days. Please check with the Vietnamese embassy or consulate in your country for additional requirements including having a passport valid for at least 6 months beyond your stay and a round-trip ticket to/ from Phu Quoc. If traveling from Cambodia, Ha Tien is easily accessible from the seaside resort towns of Kep (25 km) and Kampot (66 km). Most fast and slow ferries will take you to Bai Vong Port on Phu Quoc, close to Long Beach. Again, groups with aged people and children should not look for this route to avoid seasickness and any misadventures. From there to the main town of Duong Dong, there are multiple transportation options, including motorcycle taxis (each able to carry one passenger with minimal luggage), taxis and shared mini-buses.
Read more 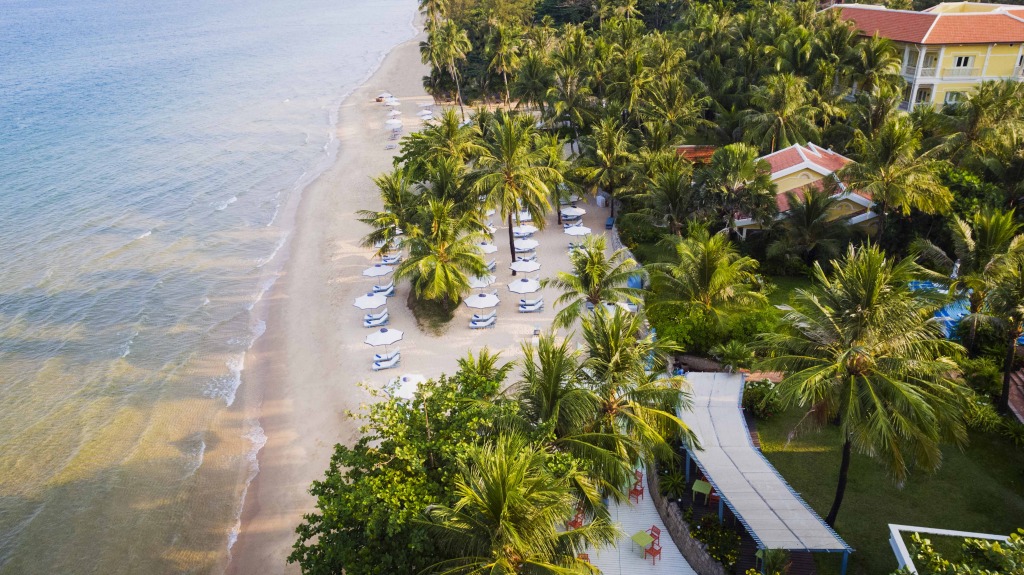 10 Reasons To Go To Phu Quoc

As if you needed another reason to holiday on an idyllic island paradise, here are our Top 10 Reasons to Visit Phu Quoc. 1. Beautiful Beaches With Character Even if you visited a different beach every day for a week, there’d still be beautiful beaches left to explore. From picture-perfect Bai Sao on the island’s east coast with its powdery white sand and clear, gentle waters, to the secluded beaches of Ganh Dau in the island’s north, to busy Bai Truong with its cafes and relaxed eateries, there’s a beach for everyone on Phu Quoc. 2. Easy Accessibility Just a 50-minute plane ride from Ho Chi Minh City or a comfortable 1.5 – 2.5 hour ferry ride from Rach Gia or Ha Tien on the Vietnamese mainland, a Phu Quoc holiday is within easy reach for anyone. 3. Eats The Phu Quoc Night Market in Duong Dong has many stalls and restaurants serving up fresh seafood cooked just the way you want it. Foodies will also want to try other specialties that the island is known for including raw herring salad, grilled sea urchin topped with scallion oil, and sea cucumber soup. 4. Take a Hike While Phu Quoc’s beaches are undeniably the star, the island’s other natural sites deserve some exploring, including taking nature walks in the island’s heavily forested interior or taking a refreshing dip in its waterfalls. 5. Local Other than tourism, the island’s main industries are farming and fishing. Whether on organized tours or on your own, pepper farms, sim (rose myrtle) wine factories and laid-back fishing villages are just waiting to be discovered. 6. Island Hopping The Phu Quoc archipelago is made up of 22 islands, many of them pristine and uninhabited. There are a variety of island tours available ranging from budget tours (less than USD 25) which include snorkeling and island hopping to private day trips to your very own secluded island complete with a chef and attending staff. 7. Max Relax A holiday in Phu Quoc is perfect for breaking up a longer trip. The island has a relaxed vibe where visitors can do as much or as little as they choose. Most beachfront hotels in Duong Dong are tucked away down little lanes for the ultimate in peace and quiet. 8. Unique History Phu Quoc has an interesting history, providing shelter for King Gia Long in the mid-18th century from Tay Son rebels and acting as a prison under French colonial rule and during the Vietnam War. Known colloquially as the Coconut Tree Prison, it can still be visited today. 9. Visa Exemptions for Everyone! All nationalities are granted a free 30-day visa exemption if arriving in Phu Quoc from a country other than Vietnam, eg. on an international flight or cruise, and not traveling to the Vietnamese mainland. 10. Stay in an Indochine-inspired Mansion by the Sea While accommodations on Phu Quoc range from small guesthouses and budget accommodations near the beach, the 5-star La Veranda Resort is a truly unique experience, featuring a seaside mansion which houses the fine dining restaurant and lounge with live music, as well as intimate bungalows right on its own stretch of beach just minutes from the airport, night market and the town of Duong Dong.
Read more 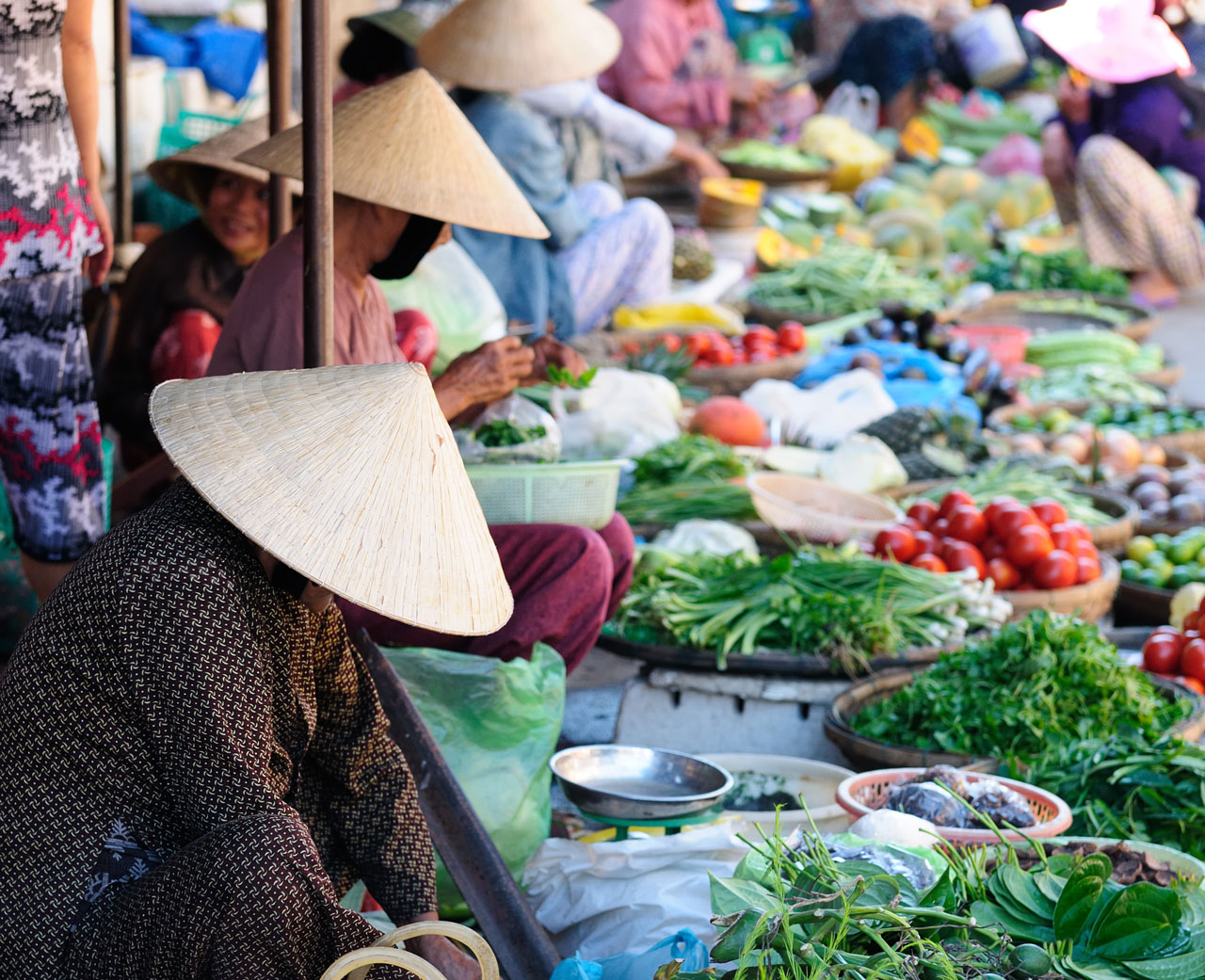 Please fill in the information form.
We'll contact you in 60 mins for booking confirmation (*working hours only).

See this hotel on Accorhotels.com or brand website in other languages: SELECT YOUR LANGUAGE

Please fill in the information form.
We'll contact you in 60 mins for booking confirmation (*working hours only).